Ok, so as the title suggests, I've got a Lexmoto Lowride and it's a 125.
Great review, huh?

Ok, so I'll actually write some useful stuff.
I bought it from Rick Stringer Motorcycles in Bedford, who were one of the two Lexmoto dealers near-ish to Cambridge - the other (in Peterborough) was £50 dearer and didn't include the first service, and were less than helpful on the phone. Rick Stringer are... mixed. Not a particularly cheerful lot, but they were happy to deliver it to my house 35 miles away for only a few quid extra and they fixed the trip dial for me at no charge after I broke it off

Assembly of the bike itself seems ok, although the float for the fuel gauge was faulty so they've got a new one on order. The bike set me back £1,340 brand new, which was a nice way to burn most of my redundancy pay from Jessops.

On to the bike itself. Bear in mind that I've only ridden a couple of other bikes - a Suzuki DR125SM on which I nearly killed myself during my CBT, and BikerMooFromMars's Kymco Zing deathtrap - so I don't have a lot to compare it to, but I'll do my best.

General guff:
Bike has no centre stand, and the engine won't start while the side stand is down. Manual choke, and a fuel valve with a reserve tank position. All really nice touches, but also really good for confusing yourself about why the bike won't start when you first get it. Luggage boxes are non-removable, lockable, and come with the bike as standard.

Pros:
* Hella comfy, nice shape to the handlebars makes steering really effortless. Positioning of mirrors gives you a really commanding view of the road behind & beside you.
* Nice and smooth gear changes, and I'm told that the gears are quite generous for a 125 - except for first, which sounds like a nest of angry wasps.
* Full beams are practically floodlights, great for night riding on our country roads.
* Built in crash bars, for the accident prone.
* Luggage boxes are a nice addition - BikerMoo has had a tough time with her panniers (getting them to stay on, buckles breaking, leather giving way) and these things are absolutely painless by comparison. Cushioned lining to make stuff rattle about less and an overlapping seal to keep the rain out, too. Even got little caps over the keyhole! Very cute.
* On a superficial note, it looks and sounds LOVELY. Many children in our village have given me a thumbs up when riding past, and obviously they have great taste.

Cons:
* Not ideal if you have big feet. My right foot struggles to fit between the crash bar and the brake pedal without applying too much pressure to it, which is a pain in the behind. Shouldn't be a problem for most people, my fault for being a size 15.
* Turning circle isn't great. U-turns are tricky at best, think I've only done one or two without giving up and putting a foot down.
* As mentioned before, 1st gear is noisy as heck and insanely short.
* Every time someone asks what bike you have, you'll have to put up with the usual "Oh, it's Chinese?" sneer. I am SO sick of the "Oh, it's Chinese?" sneer.

If given the chance to reconsider, I'd still get this bike. I love it to bits, it's amazingly fun to ride - most days when I get back from work I drive straight past our house and go tearing around the countryside for a little bit longer because I can't bring myself to get off yet. The only thing that would make me think twice is the foot-size issue, but that's one point against and still a few hundred in favour. Oh and if I could start all over again, I wouldn't melt my waterproofs onto the exhaust.
Disclaimer: RantMachine don't know shit

Welcome aboard Walls! Glad you're here, now you can help us keep Moo under control!

Good review, the foot thing could probably be dealt with, moving the bars would be a bit of a no no, but you could always take them off? Alternatively, you could adjust the brake lever down a bit, give you more toe room.

Nice informative review,I'm not very well up with these bikes but will the bike start with the sidestand down if you pull the clutch in?
Top

great little bikes!, my gf has one

My bike will start with the sidestand down.....but as soon as you put it into gear it'll cut out if the sidestand is still down......in fact most of my more recent bikes have done this......

I can say with 100% certainty that mine doesn't start with the side stand down, clutch or no clutch. Perhaps the design has been revised recently?
Disclaimer: RantMachine don't know shit

I can say with 100% certainty that mine doesn't start with the side stand down, clutch or no clutch. Perhaps the design has been revised recently?

You sure its in neutral?
Top

99% sure. I'll try it one more time when I go to Tesco later, but I've forgotten the kickstand enough times that I don't think I could've been in the wrong gear every time.
Disclaimer: RantMachine don't know shit

some bikes dont always pick up they are in neutral when they actually are and you have to make sure your neutral light is on too
Fines are taxes for doing bad, taxes are fines for doing good.
Top

Rick Stringer insisted the bike not starting with the kickstand down is a safety feature of the bike, not a fault or issue. I think it's quite clever - the AMOUNT of times I'd drove off with mine down...I coulda done with that!!

If you can park it & not turn around to admire it before walking away, you bought the wrong one! 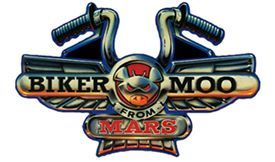 BikerMooFromMars wrote:Rick Stringer insisted the bike not starting with the kickstand down is a safety feature of the bike, not a fault or issue. I think it's quite clever - the AMOUNT of times I'd drove off with mine down...I coulda done with that!!

Yep....It's definitely a very useful safety feature......and I think most modern bikes have this fitted. I think the discussion was about being able to start the bike with the sidestand down as long as the bike is in Neutral (and the neutral light is on). I normally start my bike on the sidestand and let it warm up while I'm putting my Lid and gloves on and doing all the last minute farting about.....so the bike is ready to ride off when I'm ready......

It feels a bit like the discussion is veering towards whether I'm doing something stupid or not.

100% certain, doesn't start with side stand down. Definitely in neutral. Holding clutch in. Starts fine as soon as the stand goes up.
Disclaimer: RantMachine don't know shit

RantMachine wrote:It feels a bit like the discussion is veering towards whether I'm doing something stupid or not.

100% certain, doesn't start with side stand down. Definitely in neutral. Holding clutch in. Starts fine as soon as the stand goes up.

The bike I did my CBT on did exactly the same thing as your Triumph, think it was a Suzuki. Thought that was a really nice way of doing it, actually.
Disclaimer: RantMachine don't know shit

mine is the same as that trumpet Bob

The clutch must be pulled in to start regardless

Return to “All Other Bike Reviews”