Post here all planned ride outs and meets for this area.
24 posts

Hi
I´ll go to Scotland from the 4 to the 14 of august.
I'll start the trip on the 2 of august, travel by France and in two days ai¡ll take the ferry Calais-Dover. Then I'll go to Edimburg. Let's see! The first time driving in the wrong side angel , speed in miles and unknowing radars.

At the moment, I have booking where to sleep, and after talking with some friends who visited Scotland or live in Britain, and some other british motards I'm think the routes:

I'm grateful to any help, advice, etc, that you can give me
Rutas Escocia.jpg
You do not have the required permissions to view the files attached to this post.
Top

You probably need to stop off in leeds on the way up as it's the capital of the north.
Top

Why would anyone want to stop in the north...?

Says the man from Cambridge, who's moving to the States...
8ft wide and proud
Top

Exactly - I'm escaping Cambridge and Trumplandia seemed like a better prospect than the north. Sad.

The A90 (east coast) is completely and utterly boring and full of horribly bad driving. The A9 (up the middle) is half dual carriageway, half single lane. And it alternates this. As such, it can also be a very boring road, and full of dangerous drivers.
So I'd aim to stay off them as much as possible.
This route is one I done on Monday it it was fantastic.
Route.jpg
You can also use this route to end up taking the Tomintoul road which is also fantastic on a bike. This will bring you out just north of Aviemore.

Your west coast and north coast routes look pretty good though!
You do not have the required permissions to view the files attached to this post.
<<Wanting to be someone else, is a waste of the person you are.>>

If you can make the time, you could consider this route through the north of England - 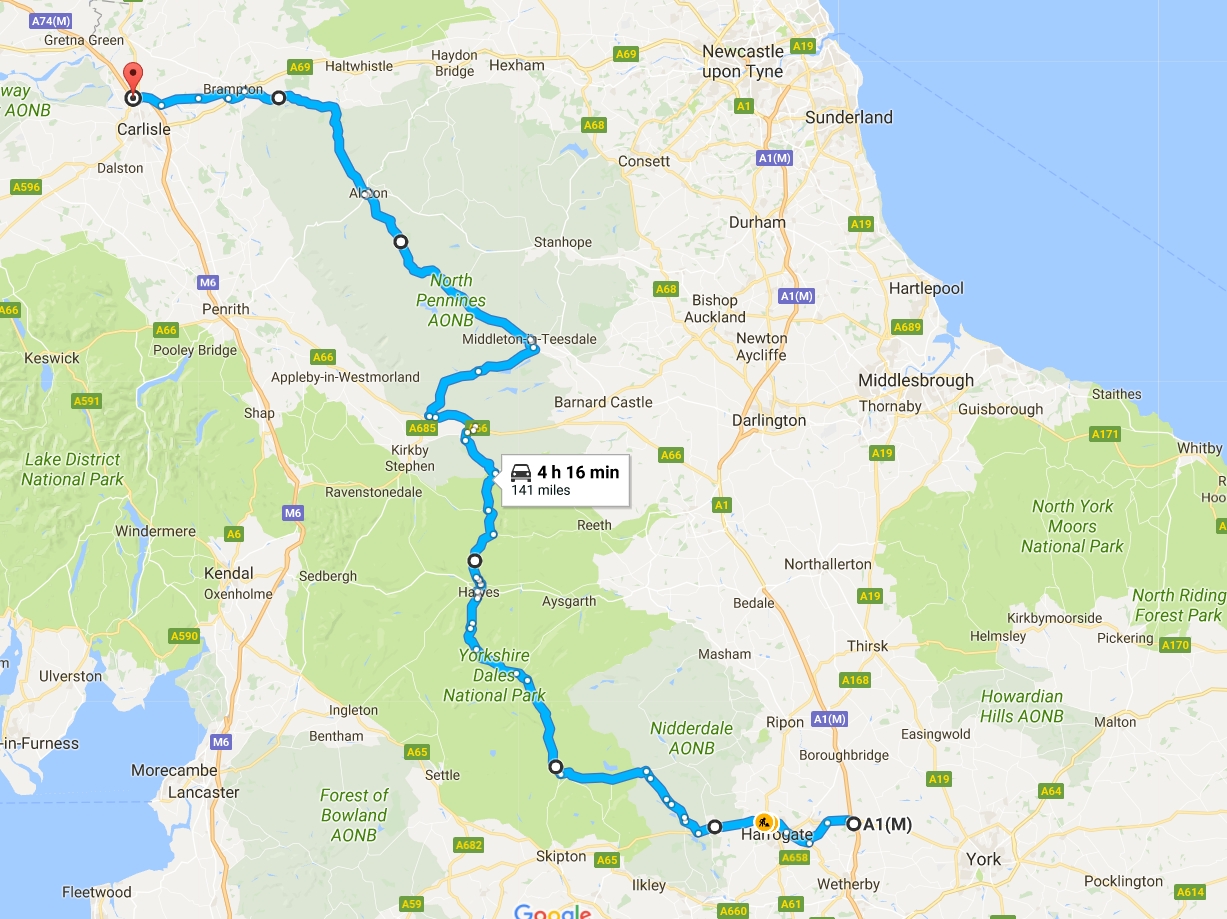 http://tinyurl.com/y9opyvx5
You'd need to allow an extra couple of hours but will break up the monotony of the motorway and reward you with some amazing riding.

Also, are you going for the Edinburgh festival? If so, you should have a great time

You are staying in Scotland from 4th to 13th of August?

If so you have time to loads more great roads than the ones you have posted there, and time to see loads more tourist attractions.

Most of what you have posted are busy main roads, though you have already included one of the best roads in Scotland from Gleneagles to Aviemore via Tomintoul. You have time to explore much better roads.

Let me know if I've understood your timescale right and I'll post all the roads you don't want to miss.

As for what to see.... wherever you stop look for the local tourist information centre and decide from there. There is too many to recommend.
Top

yeah... take waterproofs and don`t rely on fuel bein open after 5pm in highland Scotland .. though some do take cards..
Top

You probably know this already but there aren't many places to fill up on petrol in the highlands. North and west of Inverness, it's worth knowing where the petrol stations are in advance so you don't miss a chance to fill up.
Two Soups
Top

A couple of suggestions. Unless your aim is to keep to the coast, the A90 to Frazerburgh is a main artery full of lorries and buses. I would suggest diverting off it at North Water Bridge and heading to Fettercairn and then the Cairn O'Mount B974 and wind your way north via Alford to Fraserburgh.

For the ride south from Glasgow, take the M77 and then the A76 to Dumfries and the A709 to join the motorway at Lockerbie.
Audiophile/biker/sceptic
Top

Thanks for your suggestions

I like the sea so the routes I prepared are near de coast. I saw that the places to sleep were with low vacancies in august, and booked all. Those are the razons which I designed the stages, no more than 6 or 7 hours per day (because adding stops, photos, etc, it take me the day) go from point to point, and near the sea.
I can change the routes, but I have to try to ride that time and arrived to sleep in time to the places I've written in the first post.

I'm seeing to change the route out by de A90, although I thought to take the roads more close to the coast, out of A90 until Stonehaven or so

The route that bonio suggest to go to the north it's possible I'll try, part of it, when I go down

I haven't thought what to see, except some point what you can see https://goo.gl/maps/iEqjfTUUFBz But they are only suggestions from some travelers who I red; so it doesn't necesary to view all, they are castles, whiskey factories and so on
Top


OK, so you have 2 weeks in Scotland and you could do your entire route from Edinburgh to Glasgow comfortably in 2 or 3 days, so you are going to have loads of time to really get to know the place and see lots of stuff.

Here's some biking routes, you really don't want to miss, which you will miss if you don't know they are there, because a sat nav would never use them. I'm just going to pick out off the map, it might be that you have some of them on your route already, for instance I can see you are already going to Applecross.

Leeds is like one big council estate, better off visiting Manchester

Return to “Scotland Rideouts and Meets”