What did you do to your bike today? (part 4)

Motorbike related? Can't find what you're looking for below? Then post here!!
693 posts

Went for a nice trundle up round Rutland water and back via Oundle cold start but lovely in the afternoon sunshine.
Cheers
Ian
Top

Last week I noticed the light for the numberplate wasn't working on the Kawasaki. I wonder what joys await me on this journey of discovery? 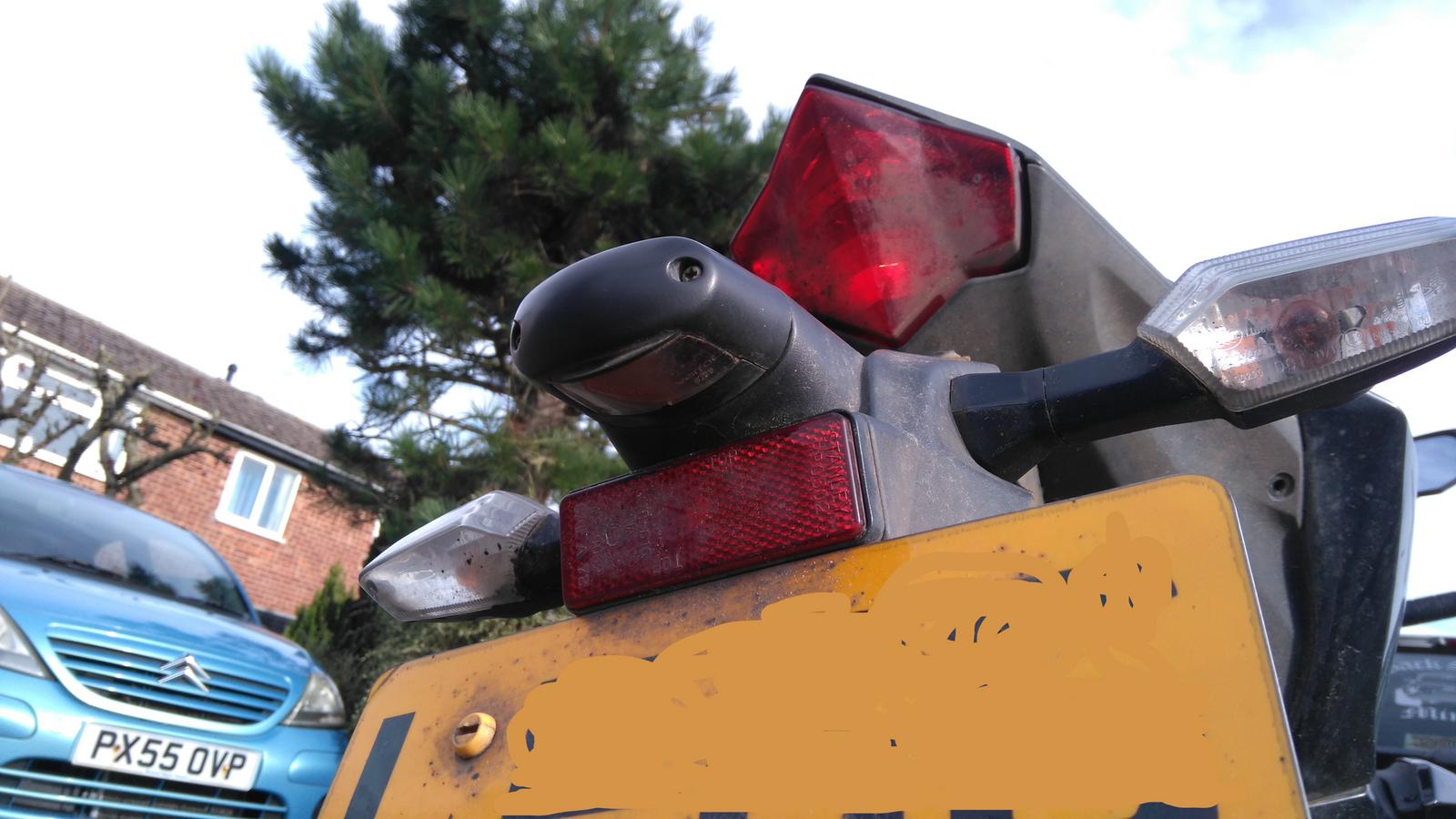 The bulb was blown to smithereens, the dome end popped off the rest of the bulb! Aha, that's it then.. Sadly not, a new bulb still didn't work. Poking the contacts with a multimeter showed no volts and also, weirdly, no ground! Get a new bike they said.. 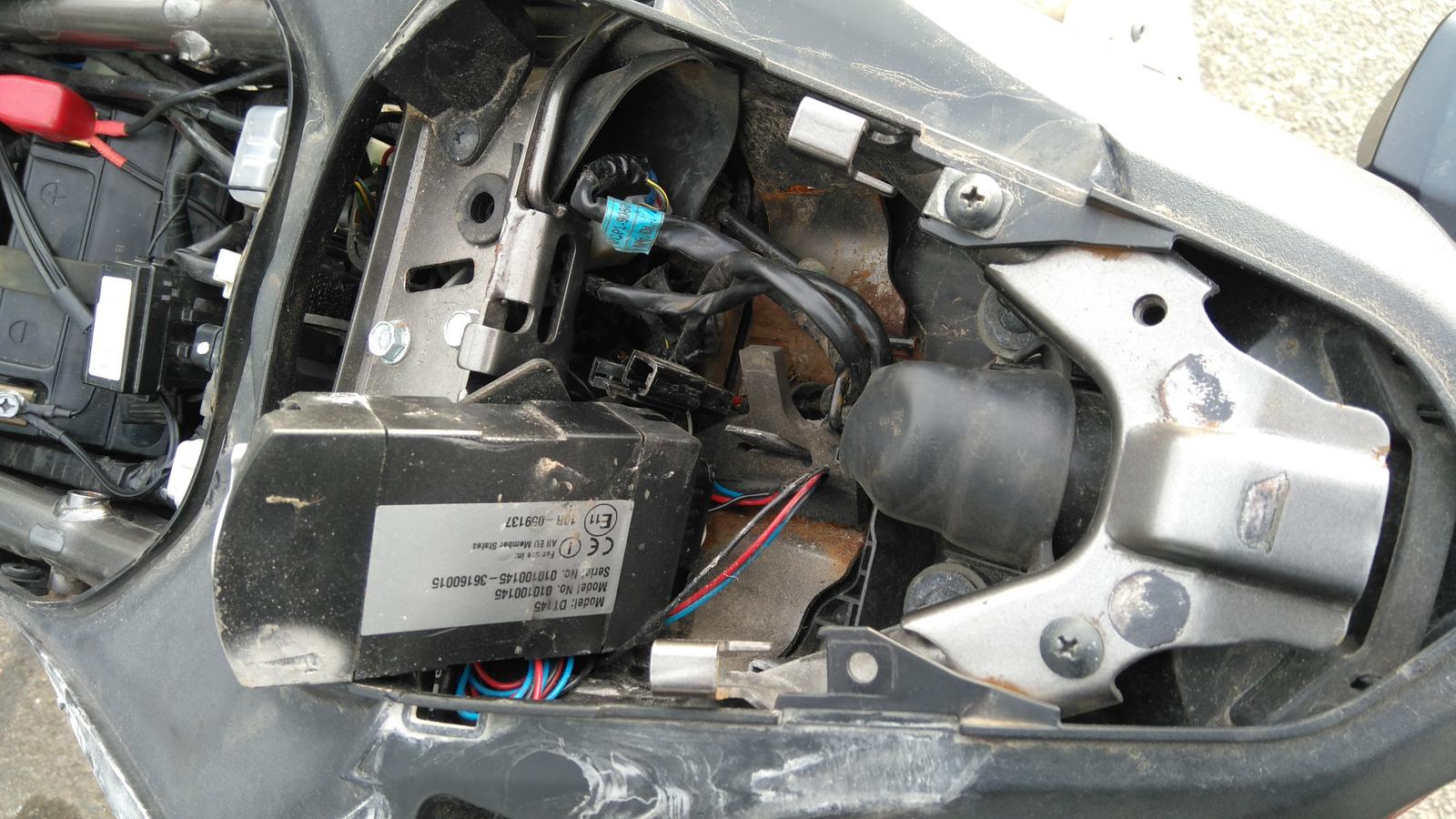 It'll be reliable they said.. 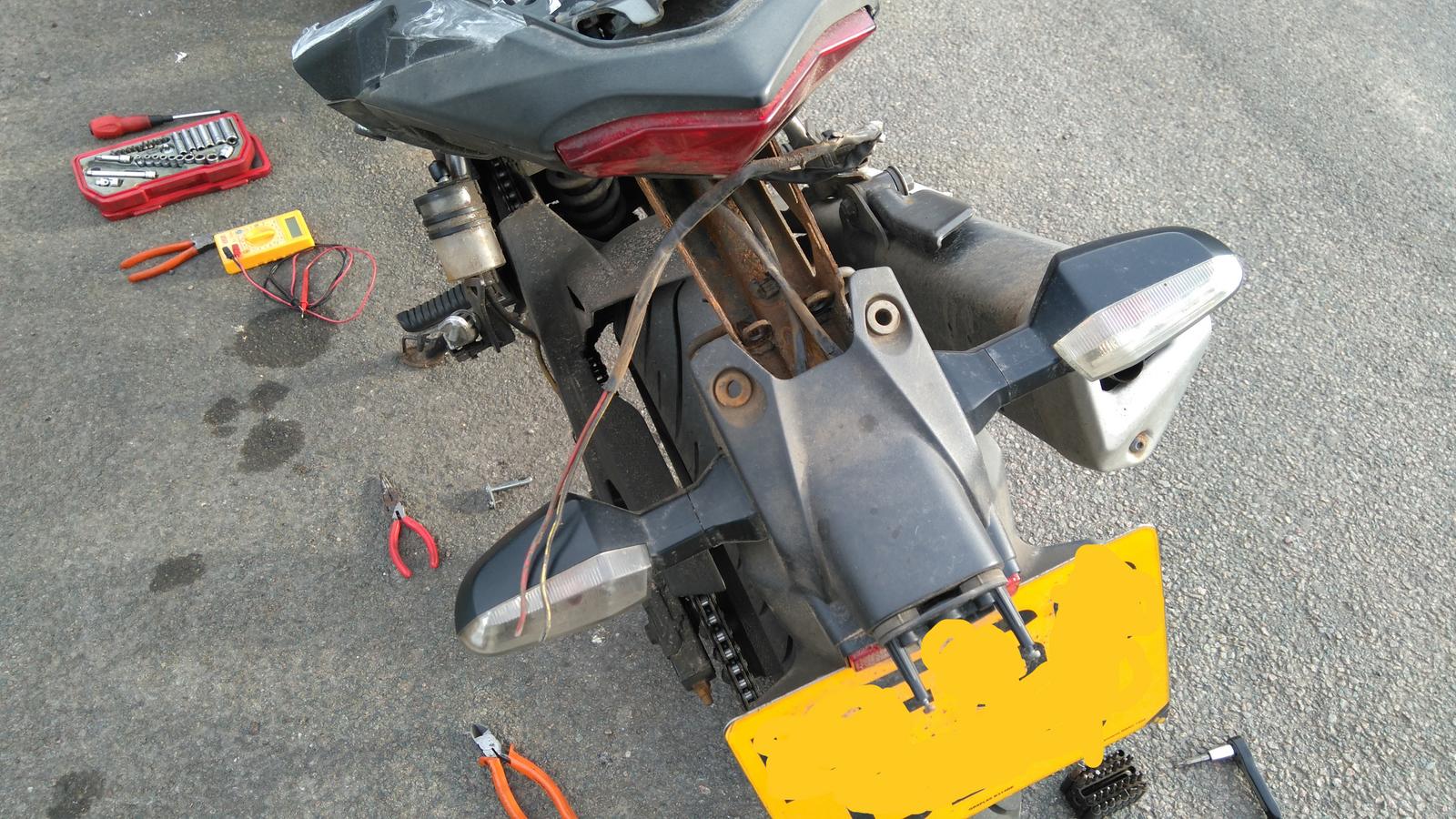 You won't have to work on it all the time they said.. 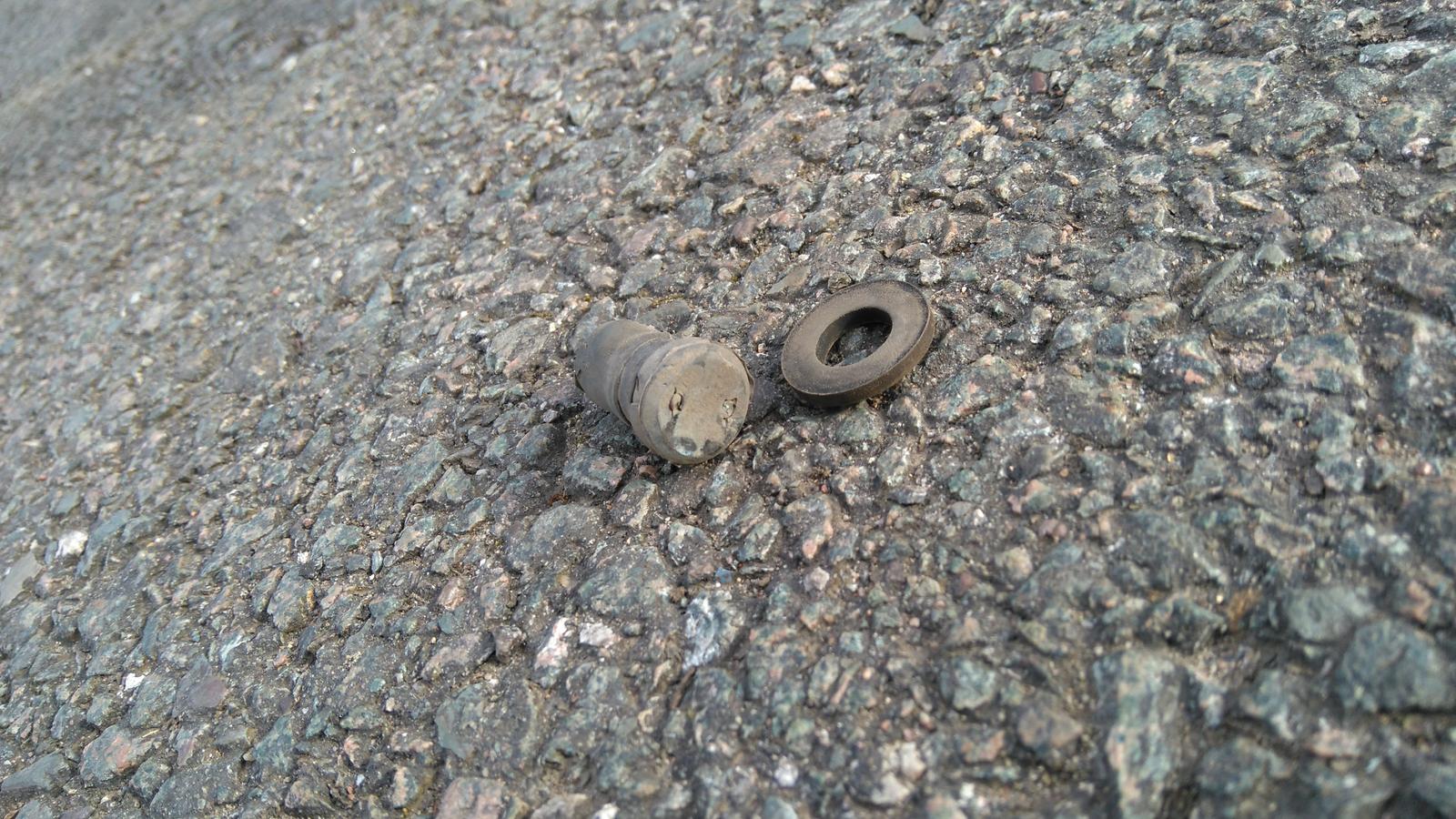 No wonder the bulb didn't work!! This is no great disaster now the commute is in daylight but it does mean I can't use the bike in the dark for fear of attention from the police.. Don't even get me started on the basic design of this, what's wrong with using the tail light to illuminate the plate like EVERY OTHER BIKE I'VE EVER HAD?? NNNNGRAAHHHHH!!

So I went for a run to make myself feel better. This was great, the roads even emptier than if there's an "important" football match on. 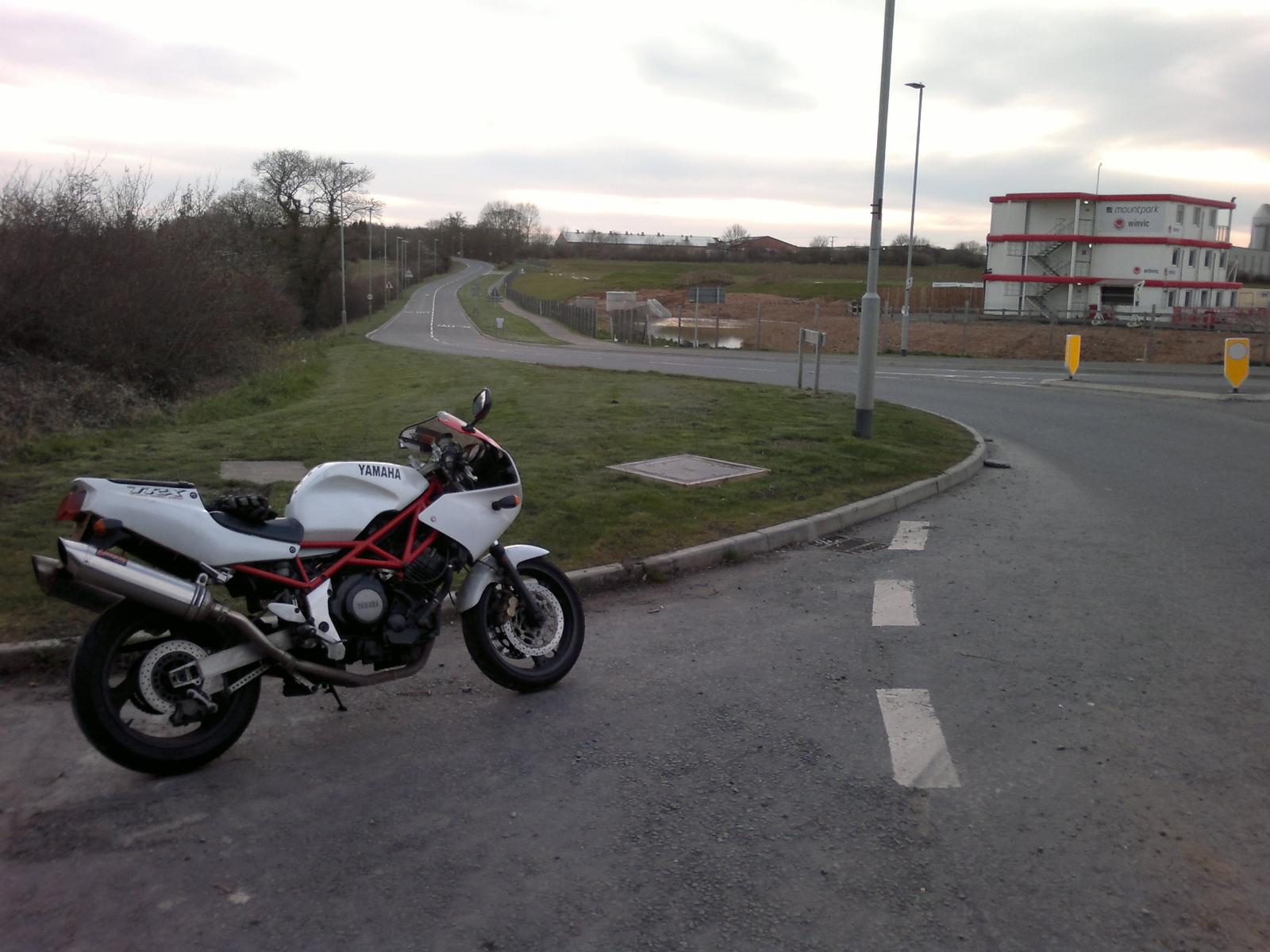 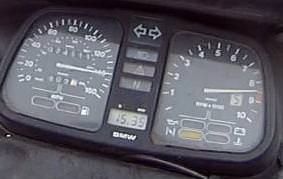 Took the carb off Bridget which was an absolute pain most of hose clips were rusted up and took ages to loosen them up, got the carb off and stripped it and cleaned it very little crap inside so that was a bonus, got it all back together and back on the bike runs great now and adjusted the tickover so is idling nicely, the test will be starting in the morning after a coldish night

Mike, just cruising around with Xena

We're about to go into Week 2 of Lockdown! Who knows how long it will last!

So every day I've been cosmetically enhancing the bike a little bit more! Which isn't easy considering it went in spotlessly clean and shining!

This is on course to becoming the most anally clean bike I've ever had. And that's saying something considering it's up against 62 predecessors!
You do not have the required permissions to view the files attached to this post.
Top

just took her out for a blast down the road, much more responsive and no flat spots, can even get to lift the front wheel off the ground

, next thing will be the forks and head bearings, not sure whether to get a seal kit or wait and see if it needs anything replacing, will probably get some fork oil for now and see how it goes

Mike, just cruising around with Xena

So every day I've been cosmetically enhancing the bike a little bit more! Which isn't easy considering it went in spotlessly clean and shining!

This is on course to becoming the most anally clean bike I've ever had. And that's saying something considering it's up against 62 predecessors!

I can see a spec of dust on the right hand bar end ....
Its better when its loaded
Top

The joys of being a "keyworker" are never ending.. Just popped outside and the bikes looking shiny at sunset.


A wonderful thing is work, I could watch it all day.
Top

, next thing will be to get shot of the f*cking thing, not sure whether to set the f*cker on fire or wait and see if some scrote nicks it, will probably just wait for it to erode away - it'll probably only take a week or two

Fixed that for you.
Top

Buying beans solely to put them on, and around, his bike as a response to my graphic is truly mindblowing!

Let's see if he'll go out and bulk buy those!

A great plan but it has a fatal flaw that you might not have considered, you'd have to go and buy a load to start with, unless you went to valet parking and this happened:

Thought I’d take advantage of having a pre booked day off and the roads being quiet, had a nice ride up to Newlands Corner, there were a few people around but not that busy and everyone thankfully keeping their distance, went past Box Hill on my way back which was closed and quiet, good news was I managed to mostly get my new tyre scrubbed in a part from a couple of cm left on each side

Washed the Honda and cleaned the chain. And I mean cleaned until it looks like new. It took me a couple of hours with paraffin, brush, pipe cleaners, Gunk and a hand pumped sprayer filled with detergent and hot water. Then dried it all with a compressor and applied fresh dry wax.
Honda CBF500 ABS
Triumph Bobber
Top

I had the same idea. Took the plastics off to stick a bit of superglue on the cracks and gave the bike a proper clean while everything was a bit more accessible.
IMG_20200323_160643.jpg
IMG_20200323_163111.jpg
You do not have the required permissions to view the files attached to this post.
Top

Fitted newly painted down pipes to the Trophy
9D51688B-13EF-4C05-9853-CAA54CEBAB8A.jpeg
You do not have the required permissions to view the files attached to this post.
2020 challenge points
Top

nice
the law in all it's majestic equality forbids the rich as well as the poor to sleep under bridges to beg in the street and to steal bread.
anatole france
Top

So I can't ride it. But I can make it look a bit more bike.
You do not have the required permissions to view the files attached to this post.
"Everything worth doing lies on the other side of fear"
Top
693 posts