Not bike related? Talk about it here!
60 posts

You've got to laugh at people signing a petition to ban Donald Trump from visiting the queen on the grounds that he's a crass and vulgar racist whose privileged position allows him to say deeply stupid and offensive things with impunity. She's married to Prince Philip, after all..
"It is only with the heart that one can see rightly. What is essential is invisible to the eye."
- Antoine de Saint-Exupéry
Top

shit at modding, awesome at making challenge tags Not a fan of early Xmas decorating
Top

"People know me. I'm very important. I have many leather-bound books and my apartment smells of rich mahogany."
The rule of Six.
Top

This country has enough problems.without getting involved in everyone else's..
Top

I like the protests. Just wish we did it with the Saudi's too.
Top

Careful now... The Donald is watching.

Screen Shot 2017-01-30 at 23.35.28.png
You do not have the required permissions to view the files attached to this post.
A wonderful thing is work, I could watch it all day.
Top

IMG_0049.GIF
You do not have the required permissions to view the files attached to this post.

I saw a petition to stop people creating petitions for when they don't agree on something... I'm signing that one lol

come on people, let the man have some fun with his new toy. its not everyday you get handed an entire country to play with!
he'll soon get bored and move onto something else... thats when we need to get scared!

The more this all unfolds, the more I think that people should worry less about Trump and more about the power behind the throne... 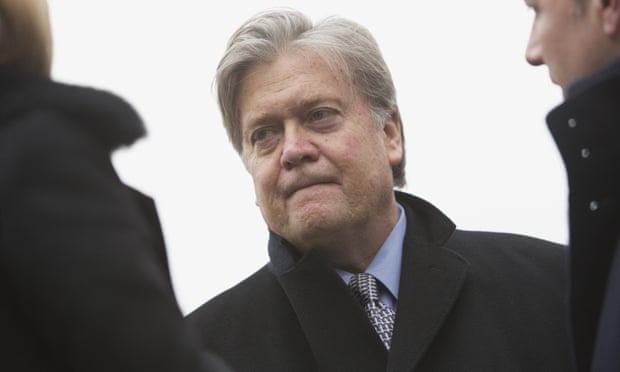 And also, the petitions are the same as the protests. They make a show of numbers but they don't achieve shit on a political level, and a whole load of people feel all warm and fuzzy that they stood up for something and made a difference before going home and not taking any further action in ways that might actually make a change because they've done their bit already. Activism doesn't stop at making a crappy cardboard sign and crying in public

Thats right the twats ain't going to change anything, Trump is trying to protect American Citizens , it's not being racist it's common sense , why don't we see the this lot and the peace loving Muslims protesting and condemning like this against the violent ones when they do their mindless acts of violence ... Trump is an easy target and they won't get called racist and Gary Lineaker fook off you twat.
"People know me. I'm very important. I have many leather-bound books and my apartment smells of rich mahogany."
The rule of Six.
Top

Disclaimer: This post in no way implies a desire to engage in political debate on the internet.
8ft wide and proud
Top

Ok I'll bite...
I rekon trump might actually be good for the US. He's not afraid to make radical changes. They might not all be correct, and we won't all agree that they are a good idea, but at least he's got the balls to make changes.

Imagine if we in the UK had decisive leaders like that - brexit would have happened already, and we'd probably be charging Europe for the costs!
none of this faffing about trying to work out how best to come out the other side smelling of roses. Decisions would be made and actions would be taken.
For too long politicians have been faffing about making lots of noise and not actually doing much, trump isn't like that.. he's a do-er not a procrastinator.

Six30 wrote:Trump is trying to protect American Citizens, it's not being racist it's common sense.

Err...
You do not have the required permissions to view the files attached to this post.
"It is only with the heart that one can see rightly. What is essential is invisible to the eye."
- Antoine de Saint-Exupéry
Top

Six30 wrote:Thats right the twats ain't going to change anything, Trump is trying to protect American Citizens , it's not being racist it's common sense , why don't we see the this lot and the peace loving Muslims protesting and condemning like this against the violent ones when they do their mindless acts of violence ... Trump is an easy target and they won't get called racist and Gary Lineaker fook off you twat.

I wouldn't go so far as to say that he's completely vindicated, though. Or that the people who disagree should just put up and shut up. After all, Trump himself was one of the most vocal critics of Obama's election - he really championed the birther movement. The right to protest is there for both sides, and both sides have a history of making use of it. Admittedly you don't tend to see the Tories protesting in the streets anywhere near as much as Labour (unless fox hunting is involved), but the American political system has a very different balance to ours and it's far from uncommon for the Right to have their turn waving crappy cardboard signs and collecting signatures on pointless bits of paper. The right to free speech is pretty sacred under their system, and as such I don't think anybody should be discouraged from making full use of it or else they risk being shouted down by the other side- but the thing they need to remember is that free speech alone doesn't solve shit, you need to actually take proper democratic action. There are systems in place for fighting a genuinely unjust government, so make use of them if you feel it appropriate. The shit will stick to the wall if there's reason for it to.

But then that takes me to the other side; this goes way beyond just protecting citizens. For one thing there's the matter of not letting people with Green Cards - ie. permanent resident status - back in the country if they happened to be born in one of the places on his shit list. They can have a house in America, a job in America, a family in America, but tough shit you can't come back if you happened to be overseas on business when the executive order rolled out. And there's another thing, his approach to executive orders has been a bit shoddy, he's practically cut Congress out completely for these first two weeks. For yet another there's a whole load of deeper and dodgier subtext about him protecting his own private business interests with who he does or doesn't let in. And don't get me started on removing the joint chiefs of staff from the NSC...

There are valid concerns with both sides of this, and dismissing either side on a basis of "stupid lefties" or "stupid righties" would be a horrible mistake to make. Hell, it's the mistake that got them into this situation where the country is practically split down the middle...
And people on this side of the pond should really take more time to understand their system before passing judgement against either side. It's not as simple as just drawing parallels to our own system. The Republicans aren't the Conservatives, and the Democrats most certainly aren't Labour. And beyond that, the entire system is founded on different principles, different priorities, different structures.

Tl;dr:
Left are oversimplifying Trump and how best to react to him, Trump is oversimplifying some very complex and delicate issues. Both sides are idiots who are pushing further and further apart towards opposing extremes and 90% of the people in this country have 0% of an idea what they're talking about when they comment on it.


My two cents is that I don't think we're heading for another world war, or a nuclear holocaust, or any of the other melodramatic shit that people keep spouting. I think that America is going to become significantly more reclusive, a bunch of people will probably decide to leave, world politics in general will be a bit wobbly as the US withdraws from the stage, and ultimately they might have another civil war if the left grows some balls but most likely they'll keep trying to fight him with tears and poetry for four more years then we'll get some other turd sandwich.
Disclaimer: RantMachine don't know shit